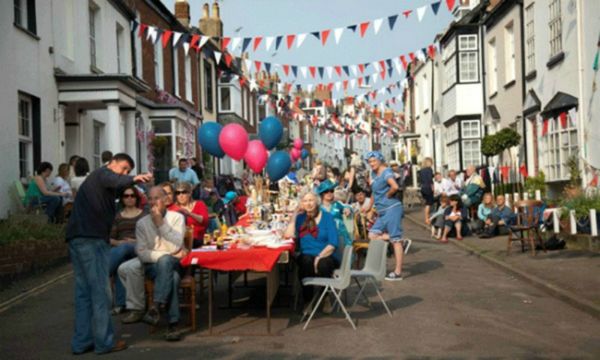 This article was originally published by Greater Good.

What is happiness inequality? It’s the psychological parallel to income inequality: how much individuals in a society differ in their self-reported happiness levels—or subjective well-being, as happiness is sometimes called by researchers.

Since 2012, the World Happiness Report has championed the idea that happiness is a better measure of human welfare than standard indicators like wealth, education, health, or good government. And if that’s the case, it has implications for our conversations about equality, privilege, and fairness in the world.

We know that income inequality can be detrimental to happiness: According to a 2011 study, for example, the American population as a whole was less happy over the past several decades in years with greater inequality. The authors of a companion study to the World Happiness Report hypothesized that happiness inequality might show a similar pattern, and that appears to be the case.

In their study, they found that countries with greater inequality of well-being also tend to have lower average well-being, even after controlling for factors like GDP per capita, life expectancy, and individuals’ reports of social support and freedom to make decisions. In other words, the more happiness equality a country has, the happier it tends to be as a whole. Among the world’s happiest countries—Denmark, Switzerland, Iceland, Norway, and Finland—three of them also rank in the top 10 for happiness equality.

On an individual level, the same link exists; in fact, individuals’ happiness levels were more closely tied to the level of happiness equality in their country than to its income equality. Happiness equality was also a stronger predictor of social trust than income equality—and social trust, a belief in the integrity of other people and institutions, is crucial to personal and societal well-being.

“Inequality of well-being provides a better measure of the distribution of welfare than is provided by income and wealth,” assert the World Happiness Report authors, who hail from the University of British Columbia, the London School of Economics, and the Earth Institute.

How much happiness inequality does your country have?

To do this analysis, the researchers asked a simple question of nearly half a million people worldwide: On a scale of 0-10, representing your worst possible life to your best possible life, where do you stand? The most common answer is 5—but as you can see in the graph on the right, many people rate themselves as less happy than that. If the world had perfect happiness equality, everyone would provide the same answer to this question.

Researchers also assessed the level of happiness inequality in each of 157 countries, taking into account how much people’s happiness ratings deviated from each other.

Topping the rankings for happiness equality is Bhutan, a country whose government policy is based on the goal of increasing Gross National Happiness. Those with the most happiness inequality are the African countries of South Sudan, Sierra Leone, and Liberia.

The United States ranks 85th for happiness inequality, meaning that subjective well-being—not just wealth—is spread relatively unevenly throughout our society. We fare worse than New Zealand (#18), our neighbor Canada (#29), Australia (#30), and much of Western Europe. Note that these aren’t the happiest countries; they are simply the places without a huge happiness gap between people. Even so, as described above, happiness equality is associated with greater happiness overall.

The good news is that promoting happiness equality doesn’t require taking happiness from some people and giving it to others. Instead, these findings underscore the importance of building a society and a culture that cares about individual well-being, not just economic growth. Some countries—such as Bhutan, Ecuador, the United Arab Emirates, and Venezuela—have already taken this stance, appointing happiness ministers to work alongside their government officials. As report co-editor and Earth Institute director Jeffrey Sachs writes:

Governments can ensure access to mental health services, early childhood development programs, and safe environments where trust can grow. Education, including moral education and mindfulness training, can play an important role. Human well-being [should be] at the very center of global concerns and policy choices in the coming years.

Kira M. Newman wrote this article for Greater Good. Kira is an editor and web producer at the Greater Good Science Center. She is also the creator of The Year of Happy, a year-long course in the science of happiness, and CaféHappy, a Toronto-based meetup. Follow her on Twitter @KiraMNewman.