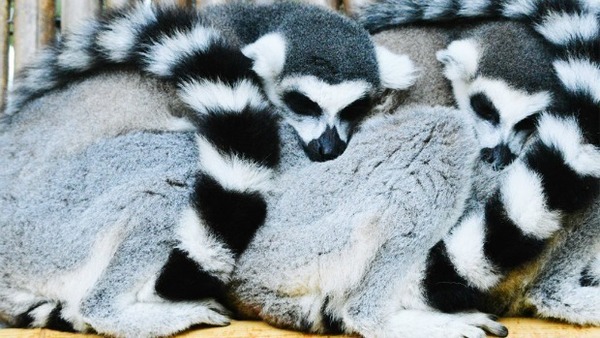 As constant travelers and parents of a 2-year-old, we sometimes fantasize about how much work we can do when one of us gets on a plane, undistracted by phones, friends, and Finding Nemo. We race to get all our ground work done: packing, going through TSA, doing a last-minute work call, calling each other, then boarding the plane. Then, when we try to have that amazing work session in flight, we get nothing done. Even worse, after refreshing our email or reading the same studies over and over, we are too exhausted when we land to soldier on with the emails that have inevitably still piled up.

Why should flying deplete us? We’re just sitting there doing nothing. Why can’t we be tougher — more resilient and determined in our work – so we can accomplish all of the goals we set for ourselves? Based on our current research, we have come to realize that the problem is not our hectic schedule or the plane travel itself; the problem comes from a misunderstanding of what it means to be resilient, and the resulting impact of overworking.

We often take a militaristic, “tough” approach to resilience and grit. We imagine a Marine slogging through the mud, a boxer going one more round, or a football player picking himself up off the turf for one more play. We believe that the longer we tough it out, the tougher we are, and therefore the more successful we will be. However, this entire conception is scientifically inaccurate.

The very lack of a recovery period is dramatically holding back our collective ability to be resilient and successful. Research has found that there is a direct correlation between lack of recovery and increased incidence of health and safety problems. And lack of recovery — whether by disrupting sleep with thoughts of work or having continuous cognitive arousal by watching our phones — is costing our companies $62 billion a year (that’s billion, not million) in lost productivity.

And just because work stops, it doesn’t mean we are recovering. We “stop” work sometimes at 5PM, but then we spend the night wrestling with solutions to work problems, talking about our work over dinner, and falling asleep thinking about how much work we’ll do tomorrow. In a study released last month, researchers from Norway found that 7.8% of Norwegians have become workaholics. The scientists cite a definition of “workaholism” as “being overly concerned about work, driven by an uncontrollable work motivation, and investing so much time and effort to work that it impairs other important life areas.”

We believe that the number of people who fit that definition includes the majority of American workers, including those who read HBR, which prompted us to begin a study of workaholism in the U.S. Our study will use a large corporate dataset from a major medical company to examine how technology extends our working hours and thus interferes with necessary cognitive recovery, resulting in huge health care costs and turnover costs for employers.

The misconception of resilience is often bred from an early age. Parents trying to teach their children resilience might celebrate a high school student staying up until 3AM to finish a science fair project. What a distortion of resilience! A resilient child is a well-rested one. When an exhausted student goes to school, he risks hurting everyone on the road with his impaired driving; he doesn’t have the cognitive resources to do well on his English test; he has lower self-control with his friends; and at home, he is moody with his parents. Overwork and exhaustion are the opposite of resilience. And the bad habits we learn when we’re young only magnify when we hit the workforce.

In her excellent book, The Sleep Revolution, Arianna Huffington wrote, “We sacrifice sleep in the name of productivity, but ironically our loss of sleep, despite the extra hours we spend at work, adds up to 11 days of lost productivity per year per worker, or about $2,280.”

The key to resilience is trying really hard, then stopping, recovering, and then trying again. This conclusion is based on biology. Homeostasis is a fundamental biological concept describing the ability of the brain to continuously restore and sustain well-being. Positive neuroscientist Brent Furl from Texas A&M University coined the term “homeostatic value” to describe the value that certain actions have for creating equilibrium, and thus wellbeing, in the body. When the body is out of alignment from overworking, we waste a vast amount of mental and physical resources trying to return to balance before we can move forward.

As Jim Loehr and Tony Schwartz have written, if you have too much time in the performance zone, you need more time in the recovery zone, otherwise you risk burnout. Mustering your resources to “try hard” requires burning energy in order to overcome your currently low arousal level. This is called upregulation. It also exacerbates exhaustion. Thus the more imbalanced we become due to overworking, the more value there is in activities that allow us to return to a state of balance. The value of a recovery period rises in proportion to the amount of work required of us.

So how do we recover and build resilience? Most people assume that if you stop doing a task like answering emails or writing a paper, that your brain will naturally recover, such that when you start again later in the day or the next morning, you’ll have your energy back. But surely everyone reading this has had times where you lie in bed for hours, unable to fall asleep because your brain is thinking about work. If you lie in bed for eight hours, you may have rested, but you can still feel exhausted the next day. That’s because rest and recovery are not the same thing. Stopping does not equal recovering.

If you’re trying to build resilience at work, you need adequate internal and external recovery periods. As researchers Zijlstra, Cropley and Rydstedt write in their 2014 paper: “Internal recovery refers to the shorter periods of relaxation that take place within the frames of the workday or the work setting in the form of short scheduled or unscheduled breaks, by shifting attention or changing to other work tasks when the mental or physical resources required for the initial task are temporarily depleted or exhausted. External recovery refers to actions that take place outside of work—e.g. in the free time between the workdays, and during weekends, holidays or vacations.” If after work you lie around on your bed and get riled up by political commentary on your phone or get stressed thinking about decisions about how to renovate your home, your brain has not received a break from high mental arousal states. Our brains need a rest as much as our bodies do.

If you really want to build resilience, you can start by strategically stopping. Give yourself the resources to be tough by creating internal and external recovery periods. In her upcoming book The Future of Happiness, based on her work at Yale Business School, Amy Blankson describes how to strategically stop during the day by using technology to control overworking. She suggests downloading the Instant or Moment apps to see how many times you turn on your phone each day. The average person turns on their phone 150 times every day. If every distraction took only 1 minute (which would be seriously optimistic), that would account for 2.5 hours of every day.

You can use apps like Offtime or Unplugged to create tech free zones by strategically scheduling automatic airplane modes. In addition, you can take a cognitive break every 90 minutes to recharge your batteries. Try to not have lunch at your desk, but instead spend time outside or with your friends — not talking about work. Take all of your paid time off, which not only gives you recovery periods, but raises your productivity and likelihood of promotion.

As for us, we’ve started using our plane time as a work-free zone, and thus time to dip into the recovery phase. The results have been fantastic. We are usually tired already by the time we get on a plane, and the cramped space and spotty internet connection make work more challenging. Now, instead of swimming upstream, we relax, meditate, sleep, watch movies, journal, or listen to entertaining podcasts. And when we get off the plane, instead of being depleted, we feel rejuvenated and ready to return to the performance zone.

Shawn Achor is New York Times bestselling author of The Happiness Advantage and Before Happiness. His TED talk is one of the most popular, with over 11 million views. He has lectured or researched at over a third of the Fortune 100 and in 50 countries, as well as for the NFL, Pentagon and White House. Shawn is leading a series of courses on “21 Days To Inspire Positive Change” with the Oprah Winfrey Network.